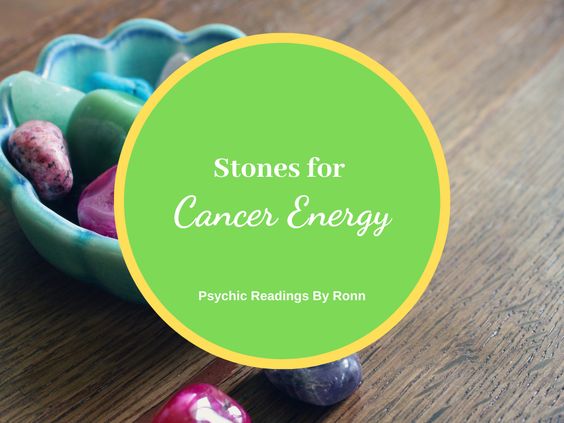 The crab represents the zodiac sign of Cancer, and its season lasts from late June to late July. Cancers are known for being very sensitive and empathetic to other people’s problems. They are often homebodies who seek to be comfortable, have very few but substantial boundaries, and are quick to forgive- but never forget. Cancers are commonly associated with the element of water, and their governing planet is the moon. Here are the best stones to help the comfort-seeking Cancer.

Moonstone is commonly associated with cancer because it is a birthstone and its close associations with water and the moon. It’s a variety of feldspar that ancient Greeks and Romans believed came from the moon and was used as a protective talisman when traveling at night. Moonstone is also a powerful stone for improving intuition and connecting with your subconscious.

Carnelian is a variety of chalcedony known for its orange and brown hues. It is also known for bringing out the creative side of Cancers and helping them with their art. Its energy helps ground Cancers and brings out their self-esteem to give their art all they have. It also helps with family issues, brings safety and security, and is excellent for combating mood swings.

Selenite is another stone commonly associated with the moon. It’s widely white and named after the Greek moon goddess Selene. It’s also notable for being very soft and easy to carve. It’s associated with the Crown and Third Eye chakras, making it an excellent stone for intuition and self-discovery. It can also be used as a protective stone to ward off negative energy.

Also known as the “Merchant’s Stone,” Citrine is good for attracting prosperity in business. As you might guess, this quartz variety is a powerful manifestation stone used for attracting wealth and boosting creativity. It also helps Cancers increase their self-confidence and keep their boundaries clear, which many Cancers struggle with.

Jasper is a variety of chalcedony that comes in many colors, but the most common is red. Since it resonates with the Root chakra, it can be used as a healing crystal, commonly associated with family and identity. Since many Cancerians have deep connections to their family, this makes Red Jasper a powerful stone. It can also help ground Cancerians and manifest their goals.