How to Celebrate the Summer Solstice : Michigan Psychic Blog

How to Celebrate the Summer Solstice 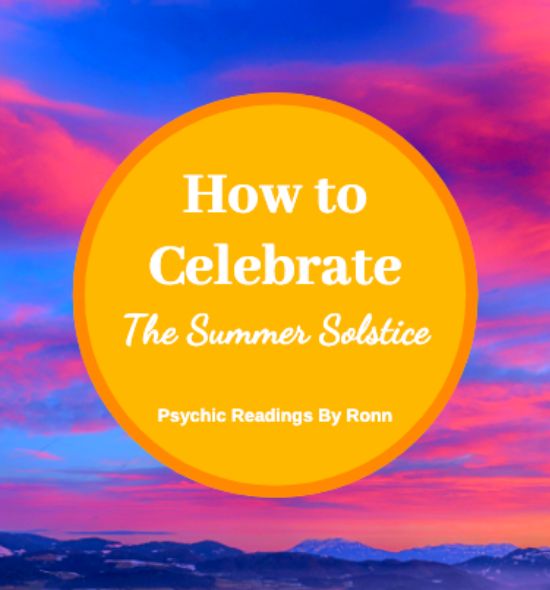 As the weather in the northern hemisphere begins to warm up, we are gradually approaching the official start of summer: the summer solstice. This year, it falls on Saturday, June 20. During the solstice, the northern hemisphere experiences the longest day of the year. Just as the winter solstice presents a time ideal for self-reflection, the summer solstice provides an opportunity for celebration and self-recognition.

Around the world and throughout history, many cultures have and continue to celebrate the solstice in different ways. Ancient Egyptians recognized the solstice as the start of a new year because, shortly after its arrival, the Nile would flood, resulting in more fertile ground for agriculture. In ancient Greece, similar attitudes were held during the festival of Kronia which celebrated the god of agriculture as they prayed for prosperity and abundance.

You don’t need to travel across the world or make significant plans to celebrate the summer solstice, but you can take inspiration from other cultures. Waking up at or before dawn may help you get in the spirit, welcoming in the day at its very start. If the weather is nice, spend time in the sun as the day progresses; after all, the solstice is the mark that winter has finally receded, and it is a time of life and joy.

You may choose to draw on ancient traditions and start a garden on the solstice, strengthening your connection to the sun and the earth at once. Sitting around a fire with family or friends, when possible, is also a great way to embrace the warmth of the season, the celebratory spirit, and the things that bring you joy.

At the heart of summer solstice celebrations is hope and love; for many, summer presents a time of relaxation, rest, and simple pleasure, and the solstice is the perfect time to acknowledge what it is you love and cherish about your life. However you choose to celebrate the solstice, embrace what is important to you and what you love about yourself in honor of the arrival of summer.